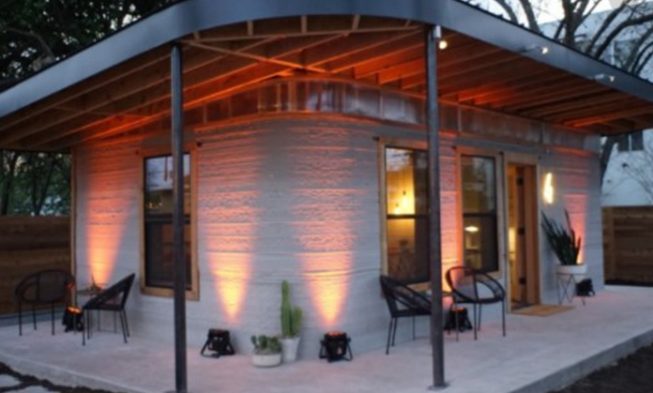 Traditional home-building methods are not going to solve the global housing crisis, we’ve been currently faced with. So the poor will still be homeless, not able to afford a proper housing. But on the bright side, there is a company that might have come up with a solution.

According to this company that is building houses in the developing world, a massive 3D printer might be the perfect way to handle the situation. This printer will soon be able to build a four-room house in less than a day. 3D printed homes might be the answer we’ve all been looking for.

Affordable housing is available now due to ICON. This company puts a lot of creativity and technological innovation in order to make it all happen. They’ve come up with a new version of a robot technology that makes it possible for them to build 3D printed homes that would not cost a fortune.

Together with their partners, the non-profit organization Mobile Loaves & Fishes, they are about to build the first Community First! Village in Austin. To try the functionality of their idea, the team behind all this, has already placed the first house in Austin. This house, which will serve them as their office, is a 3D home, in a backyard of a converted house.

Icon’s staff wants to use this 3D printed house as an office, just to experience spending some time in there and decorate it as they want to. Engineering improvements to the printer will be taken into consideration as well. The points is, to test how it’ll handle an earthquake situation. They just want to be certain about the safety of these houses. T

heir goal is to build a whole neighborhood and that way reduce the number of Austin’s homeless population by 40%. But they won’t stop here. Later this year, they are planning on building a community of such houses in El Salvador as well.

3D house printing technology includes a combination of robotics, digital software, and advanced materials. ICON’s 3D printing technology is named Vulcan I. It is a special machine which is mobile, able to print continuously on-site and weighs about 2000 pounds. Its capacity of printing features walls up to 8.5 feet tall and foundations up to 28 feet wide, and all that at a speed of 5 to 7 inches per second. What’s even more, is that it is waste-free, weather resistant, there are 4 to 6 people needed to operate it and comes with an integrated tablet-based operating system.