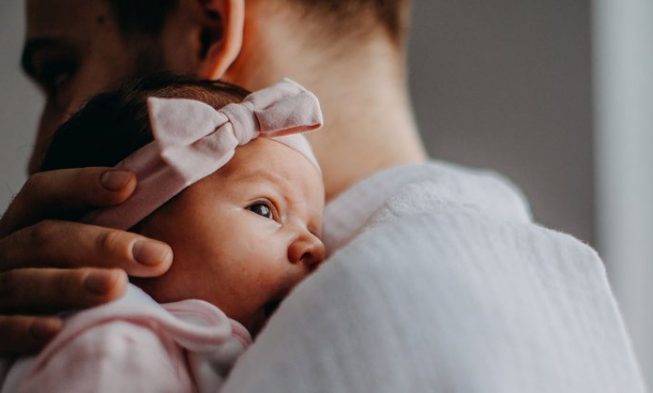 When you ask a grandparent to talk about their grandchildren they instantly become friends and want to share as much as they can. They are full of funny stories and have so much to tell. While speaking about their grandkids, their faces are starting to become much brighter and you cannot help but notice how excited they become.

Grandchildren are a blessing for their grandparents and vice versa

Grandparents who take care of their grandchildren and raise them live longer, according to a study by Evolution and Human Behavior. The elderly ones become more active and healthier while running around the house chasing the little ones or playing on the floor with their toys.

Despite the health benefits, their brain is also thankful, as different brain areas are activated during play. According to an Australian study, the highest scores on memory and cognitive tests had grandmothers who took care of their grandkids at least once a week.

Grandparents experience the rest of their lives in a new and exciting way. If their grandkids need to learn a new instrument for school, elders can take it up despite their age, and learn something new that can make them fulfilled.

Another way to learn something new is by listening to their grandkids telling stories about school trips and excursions. Telling such stories will instantly bring back old memories when they were children. This will be another reason to have a productive conversation with grandkids.

One grandparent who was proud of their grandchildren once said, “Grandchildren are my reward for having children” and he couldn’t be more right.

Grandkids can benefit from this relationship

You need to know your roots if you want to know where you came from. In the future, grandchildren will have more sense of identity and know themselves better if their grandparents tell stories about their ancestors.

The way they lived and what traditions they practiced will impact the lives of their grandchildren forever, if only they agree to respect the traditions.

Loving grandparents always have positive behavior toward their grandkids and say great things about them. It doesn’t matter much if they were bullied at some point in their lives – their self-esteem can be boosted with the help of the elderly ones.

The author of How to Build the Grandma Connection, Susan Bosak, said:

No matter if they need emotional or financial support, grandparents will always be pleased to help the ‘little ones’. Many grandparents take the role of parents either partially or entirely. Some of them are given custody of the kids when their parents cannot support them because of different reasons.

They will also take care of their grandkids when their parents won’t be at home for a long time.

Different studies have shown that kids benefit more when grandparents or other family members take care of them rather than being left in a foster care system.

They have the greatest experience and knowledge of life. Some parents are too preoccupied with their work and cannot teach their children certain skills. There come the grandparents who lived in a less mechanic time and have more skills today’s parents don’t know how to practice. And they will always share with the little ones.

A few of the classic skills grandparents pass on to their grandchildren include cooking, baking sewing, gardening, and pumping a bicycle. Grandmas are the most passionate about cooking and baking and will teach with pleasure. Grandkids love to help grandmas baking, even if all they do is bring all the needed ingredients. Children will be grateful in the future for learning such great skills.

The benefits of raising children near grandparents

The biggest wish for every elderly person is to raise grandchildren together with their children. Unfortunately, that doesn’t happen all the time. But, the benefits of this closeness between grandparents and their grandkids obligate the adults to do more than just consider the option.

Many young people tend to be prejudice and discriminate against elderly people because of their age. Even though getting old is a natural process and everyone gets old, they still leave the elderly behind. As a study form 2017 shows, children who are closer to their grandparents are less likely to express bias toward elderly people than the ones who spend less time with their grandmothers and grandfathers.

Numerous studies have been made and they all agree that the children-grandparents bond is extremely important. One particular research done between 1985 and 2004 interviewed more than 350 children and grandparents and concluded that there were much lower rates of depression in adulthood for the children. It also affects the elderly’s mental health as they are happier when surrounded by grandkids.

It is crucial for a child to have a high EQ. Those children are able to control their emotions better and can cope with difficult situations. They get along better and form healthy relationships. Overall, they are likable people who have good qualities, as they learned how to be emotionally stable from their grandparents.

People who have healthy relationships with their relatives are happier. This also includes love and support from grandparents. According to research by the Oxford University, children who are closer to their grandparents have less behavioral and emotional issues than the ones who don’t spend a lot of time with the elderly. It also encourages them to cope with traumatic and unpleasant events during childhood and later in life.

After exposing the benefits of the grandchildren-grandparents bond, we can all agree that being in such a position will bring everyone joy. Even though sometimes it can get overwhelming, maintaining a healthy relationship can benefit everyone.

Grandkids should consider calling, texting, or visiting their grandparents more, as the quality time spent together is more valuable than you think.