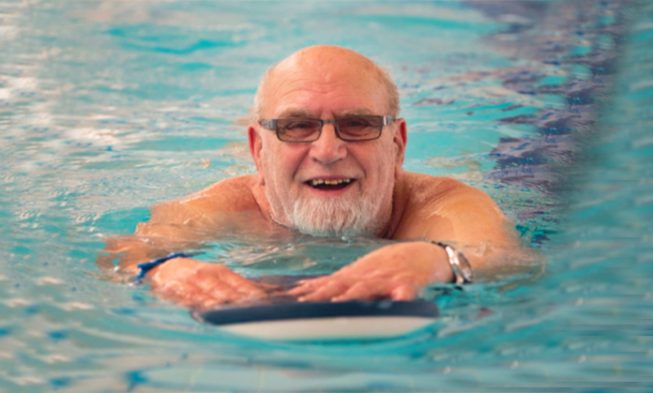 When he suggested an alternative to living in a senior home, one man’s uncommon retirement dream went viral. Terry Robison said he would rather retire to a Holiday Inn than a nursing home since nursing homes are too costly.

He did the math and decided that the extra income, as well as the other benefits mentioned below, would be too good to pass up.

Terry Robison, 64, has made a name for himself as a popular “economist” after one of his Facebook posts went viral. In reality, after reading it, I’m beginning to rethink my retirement plans as well.

A Texas man preparing for retirement says he has no intention of living out his golden years in a nursing home, which would cost around $188 per day. Instead, Terry Robinson said he is planning to live at a Holiday Inn, where a room is just $59 per night.https://t.co/nJc2TYj3iS

According to the film producer/director, he and his wife Renee would spend the rest of their lives in a relaxing Holiday Inn.

That choice, he believes, is much more cost-effective and enjoyable than spending endless days in a drab retirement home. Holiday Inn is a British hotel chain with over a thousand locations around the globe.

These hotels are a subsidiary of the Intercontinental Hotels Group, and their primary goal is to provide guests with affordable yet luxurious hotel experiences.

What’s The Math Behind It?

Robison detailed his strategy in a now-deleted Facebook post. There is a smarter method as we get old and feeble, with the estimated price of nursing home treatment being $188.00 per day. I’ve already double-checked my Holiday Inn reservations. It costs $59.23 a night if you add the long-term stay and senior discounts.

That leaves $128.77 a day for lunch and dinner at any restaurant of our choosing, as well as room service, laundry, gratuities, and special TV movies. They also have a spa, a pool, a fitness area, a bar, and a washer-dryer, among other amenities.

In addition, Holiday Inn offers complimentary toiletries such as soap, shampoo, toothpaste, and razors. He also adds that paying $5 in tips would leave the entire workforce rushing to assist you. There’s also the psychological component of living alone. They treat you as if you were a client rather than a patient.

On The Plus Side

Guests can also take the regional shuttle bus to eat at one of the nearby airport’s outlets for a change of environment. He pondered whether they should travel to another Holiday Inn from there.

You are not confined to one location for the rest of your life; you can travel from Inn to Inn, as well as from town to town.

Robison wrote that the competition for a comfortable space isn’t as fierce.

Getting into a good nursing home will take months. Today is the last day to make a reservation at the Holiday Inn.

Any technical issue and challenge will be handled by management. The hotel will be able to help with even the tiniest problem that any guest can have.

Has your television stopped working? Is it time to replace your light bulbs? Do you need a new mattress? It’s no problem… They make all of the necessary repairs and apologize for the inconvenience. There is a night security guard on duty, as well as regular room service. The maid inquires as to your well-being. They’ll call an ambulance or the undertaker if that doesn’t work.

What is the most brilliant aspect of it all? Terry and Renee are overjoyed that their grandchildren will be able to visit them in comfort. Visits from family members aren’t always simple in nursing homes.