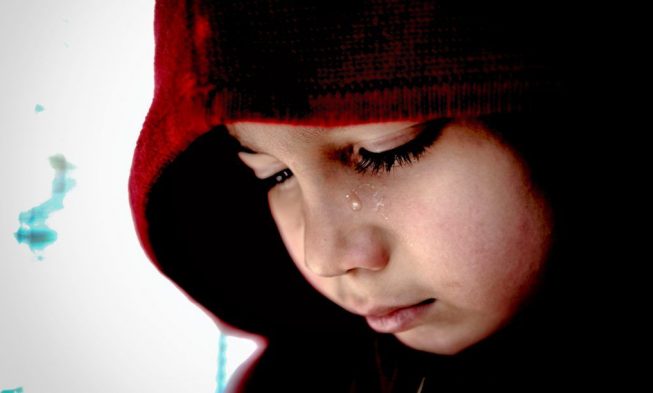 Many marriages have been facing crises lately, and the reasons are different. Toxic marriages not only affect poor conditions and unhappy parents but their children as well. In trying to avoid this impact on their children, many parents stay together, even when the relationship is not worthy to continue.

However, it is true that an unhappy marriage could be more painful for children than a divorce because, in the long run, children suffer more if they grow up with unhappy parents who are constantly quarreling. Here’s why.

Children most often imitate adults, so they will take the model of relationships they saw at home as an example. The quarrels of parents they watch on a daily basis will become normal for them and they will copy this in the future. For them, the toxicity of marriage will be something normal, because they grow up that way and they won’t even imagine that relationships can be different.

Fighting between parents cannot be something their children can “get used to,” even if it lasts for years. These conflicts significantly affect children socially and emotionally and impair their confidence, elicit low self-esteem or feelings of unworthiness. They will have more lasting consequences such as feelings of insecurity, anxiety or guilt.

To cope with stressful situations, children must have a safe place, which is usually their home. But when their “home” means conflict, yelling, and fighting, it’s not really the safe place they need, but that place turns to hell, laden with constant threats. Growing up children in such homes leads to situations where they are under constant stress, and they interpret the most common situations as threatening. This, in fact, causes anxiety, which can lead to insomnia, nightmares or depression.

Such a model of family relationships where children are unhappy causes them problems in connecting with other persons, who have grown up in a fine way. It will be difficult for them to build healthy romantic relationships with their partners, as well as other social connections with people in their environment. They will have difficulty making close friends or connecting with colleagues.

In order to protect against such influences, the first thing every person does is try to control their emotions. Stressful situations impose bad habits on them, such as playing video games, eating stress, or worse, seeking escape from real life. In the worst case, they can start blowing money elsewhere, and most often they become aggressive and angry while playing with other children.

Experiencing a lot of verbal aggression, slamming doors, and ignorant relationships, children begin to hide their emotions because they feel insecure. They live in fear of saying something wrong that would cause them the same treatment. Their growth is accompanied by difficulties in opening up, and as adults, they will apply the same methods they saw at home and most likely, repeat the mistakes of their parents.