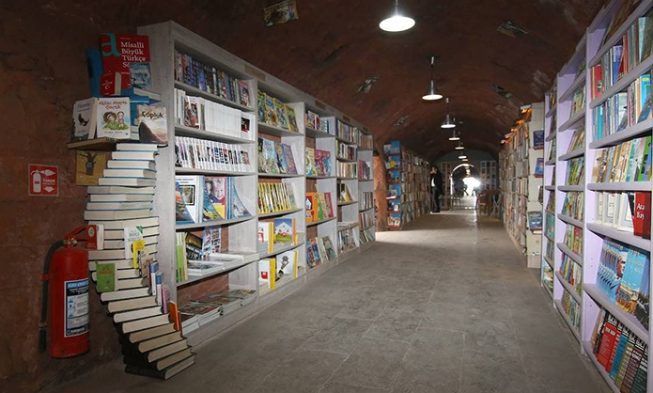 This is a story about a library, found in Ankara, the capital of Turkey. What makes it special, is that it’s not an ordinary library. Turkish garbage collectors take credit for this event.

They got the idea to collect all the books they found on the streets. It was so, because they believe that books have no expiration date, so they began the action. They cherished the value of these books, so instead of getting rid of them, they decided to keep them in their own library, which they had no idea that soon after will become so popular.

How it all started?

They’ve been gathering books for months, but step by step the number of the books their library possessed got bigger and bigger. As people heard about their idea, residents started donating books directly, instead of throwing them away.

The initial idea was to maintain that library for the needs of the employees and their families only. But as the popularity of it was gradually growing, it was opened to the public in September, last year. As of today, the library has 6 000 books in possession, from literature to nonfiction.

Furthermore, there’s a section for kids, filled with comic books and a whole other section for scientific research. Moreover, bilingual visitors can find books in English and French as well.

More details about the library

As we said before, it is not just an ordinary library. It was built inside a former brick factory. Who could’ve imagined that a factory that used to manufacture bricks will become home of abandoned books! What is even more is that it comes as a good place for relief for the nearby sanitation workers.

There are many of them who enjoy spending their breaks while reading some good books. Anyways, the collection got bigger and bigger, so it started loaning books to schools, educational programs and prisons.

And last, but not the least, the Turkish garbage collectors have turned one of their former garbage trucks into a mobile library. Its purpose is to collect discarded books and deliver them to district libraries and schools. That’s pretty amazing!

To conclude with, the Turkish garbage collectors not that are only uplifting the society, but they are spreading love too.