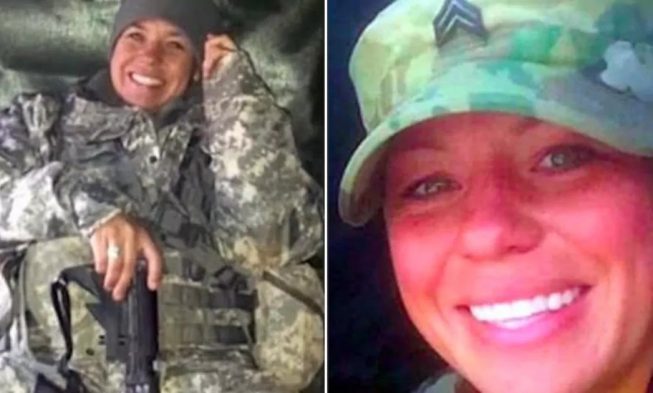 A devoted Army National Guard soldier, Morgan Robinson, committed a suicide after she reported that she was sexually assaulted while serving the country.

According to CBS, which is investigating US military fails to address sex crimes internally, two years prior to this, she accused one of her superiors for an alleged sexual assault and harassment multiple times.

The situation took place in Kuwait, again while she was doing her job. After that, she was sent to Afghanistan. Over there, allegedly she was gang-raped by her fellow soldiers, report CBS.

But the last time her effort to look for justice was worthless. So this time she did not have strength to continue fighting. After four months she decided to end her life.

The sergeant mother’s reactions regarding her daughter’s case

Her mother, Debbie Robinson, is talking out loud about the case of her daughter. She says that the military branch did not try to help her daughter at all. After the investigation into Morgan’s death, Debbie got a report that did not say much about the case itself.

In the parts that weren’t blacked out, it was clearly stated: “Sergeant Robinson suffered sexual, physical, and psychological trauma while deployed. The sequel of this trauma was a factor in her death,” reports CBS. Her mother’s devastated and she says that while hunting her body, they subconsciously took her soul.

Her mother strongly believes that the Army should take full responsibility for her daughter’s death. But unfortunately, she says that as long as there is no outside agency to look into such delicate cases, they cannot police themselves.

Elizabeth Van Winkle, an executive director of the Department of Defense, said the following: “The department remains committed to our goals of ending sexual assault in the military, providing the highest quality response to service members and holding offenders appropriately accountable.”

But there’s nothing that can console Morgan’s mother. She stated that her daughter was in love with her job. She wanted to serve the country. But in the end, that’s what got her killed.

Nevertheless, in 2019 about 500 former US soldiers killed themselves. Some of those who have served in the Army, commit suicide because they are suffering from Post-traumatic disorder (PTSD) and their inability to reconnect to civilian life.

Part two of our investigation into sexual assault in the military.

Debbie Robinson tells us that the military’s handling of her daughter Morgan’s assault ultimately led to her death. “They wanted her body,” Robinson said. “And they took her soul.”pic.twitter.com/vYaHKKoaWu