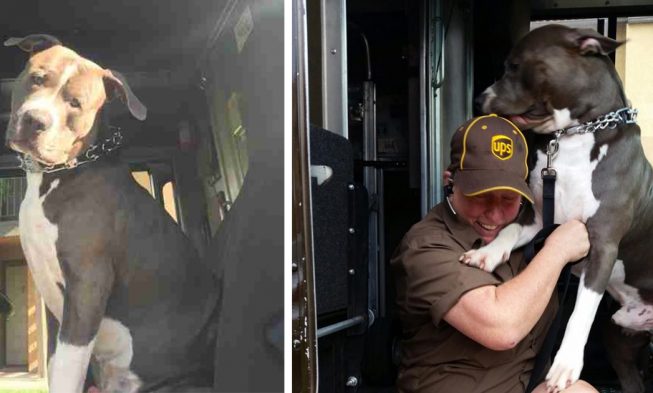 Katie Newhauser, a UPS delivery driver, makes friends with pets and people along the route of her job. It’s incredible how much she has done one day for one of those friends.

Katie lives in Rancho Cucamonga, California. She has been a UPS driver for several years. During the time she has been working as a UPS driver, she became friends with many customers and their dogs as well. However, one of those relationships became very close. This relationship was with a woman named Tina and her pit bull named Leo. 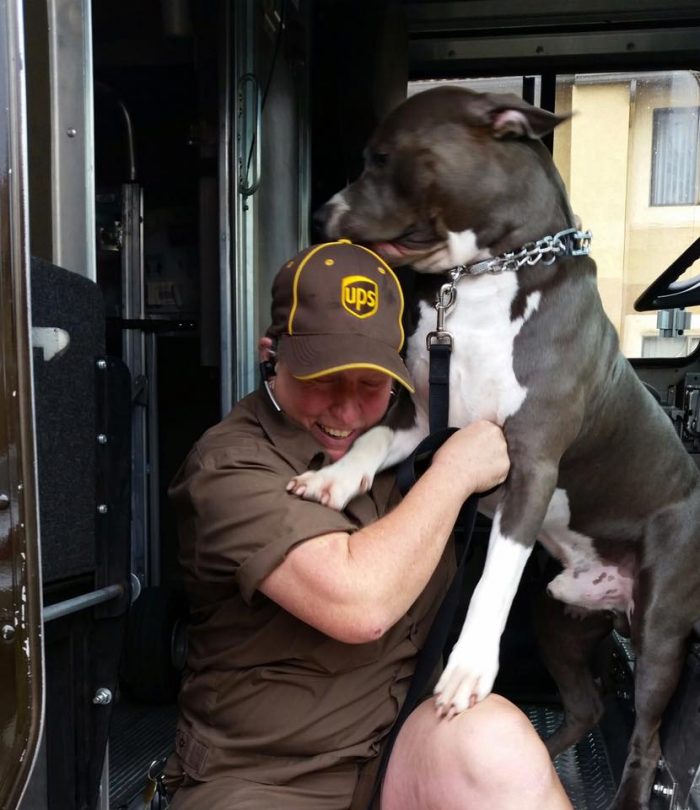 On the UPS Dogs Facebook page, Katie posted a picture of the pit bull riding in her UPS truck shotgun. UPS drivers created this page so that they’ll share the animals that they make friends with on route to their delivery.

Katie made a statement for People magazine:

“Leo would hear my truck come into the condo complex and start barking and scratching at the door to come down to the truck. He loved coming to the back of the truck to look around.”

However, one day, Katie heard the horrible news of her friend Tina passing away. Additionally, she was told that no one would adopt Leo and that he will be left alone in Tina’s house. 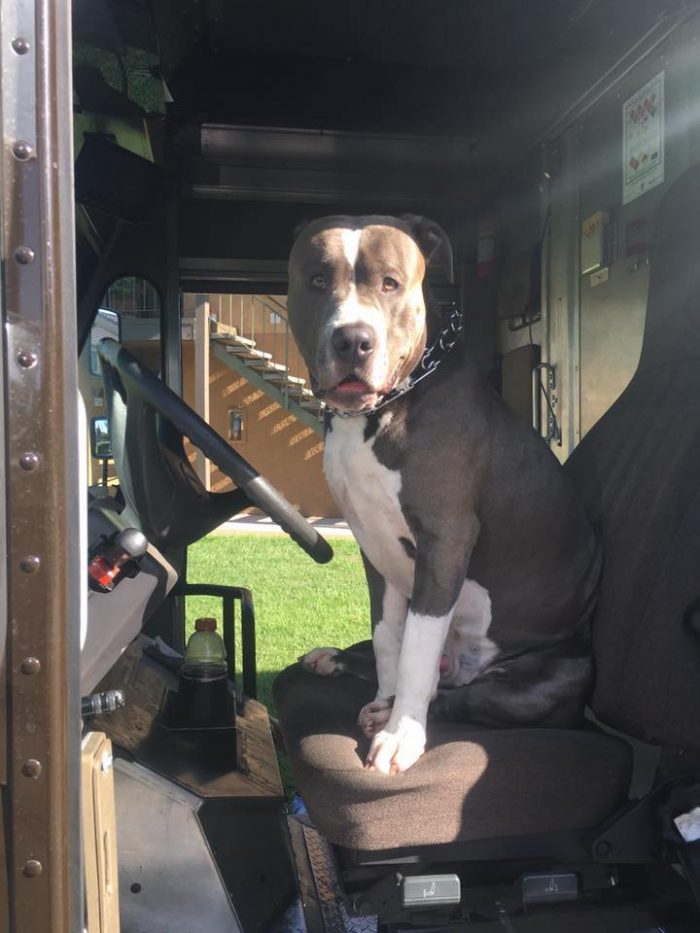 This was the moment that Katie decided to adopt a friendly, huge pupper for herself. After she picked him up and took him to her house, Leo started getting along with Katie’s other dogs and became part of the family.