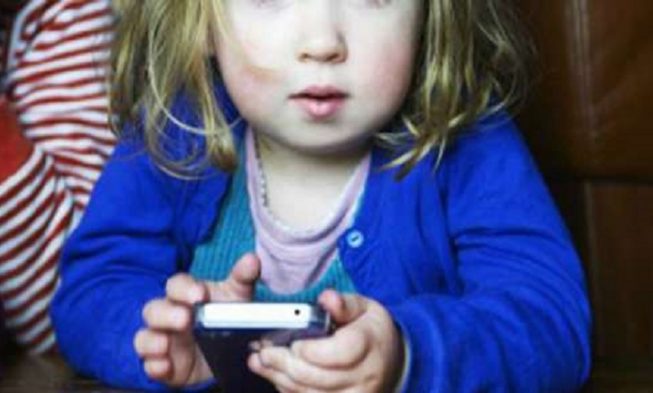 The modern way of living forces enormous use of the technology, which affects children from their early ages, too. Kids are spending plenty of time, playing with handheld devices like cell phones and tablets.

However, scientists warn that children under 12 years, should not be allowed to use these gadgets. Of course, there is no denying about the way technology has helped and changed the people’s lives. But most of them don’t know how these gadgets are affecting their kids.

Despite knowing that technology has been causing harm to their kids, many parents continue to allow them to use these devices without any restrictions.

We reveal here 11 reasons why you should keep your child away from mobile devices or tablets:

From the age 2 to 21 years, the brain of your child will grow triple in size. In the early years, the development of brain will be based on environmental circumstances. Overexposure to the new technological innovations stimulate the brain development and it is linked with:

– Reduction in ability for self-regulation

As current technology reduces movement for both children and adults, this causes delayed development in kids. According to the evidence, almost one in three kids entering school suffer from the following:

With movement, kids develop attention and learning based abilities, so everyone should keep away from those devices kids below 12 years.

Studies showed that the kids who have gadgets in their rooms are 30% more likely to suffer from obesity.

Additionally, almost 30% of kids who are obese are likely to become diabetics. Those kids also have higher risks of stroke and heart attack. Generally, technology can have a serious impact on the life expectancy of the children and it could be the first generation that may not be able to live longer than their parents.

Approximately 60% of all parents don’t pay attention to the use of technology by their kids. More than 75% of them are allowed by their parents to use technology devices in their rooms. Around 9 of 10 in this category suffer from sleep deprivation.

In case of overexposure to violent media, children can develop aggressive behavior. Many of the games and TV shows display murder, torture, mutilation, rape, and sex.

By the U.S. government Media violence has been classified as Public Health Risk because it affects aggression in children.

Here some other health problems caused by the over usage of technology:

The medical statistics in Canada shows that one in six children has been diagnosed with some form of mental illness.

The fast supply of media content to kids’ brain can cause lack of concentration and attention deficit. The media is affecting their memory because the brain cuts the neuron tracks towards the frontal cortex. In case your child cannot pay attention to tasks, he/she cannot learn.

Addition of more technology to your child’s life will detach you from your child. In the absence of parental attachment, kids become more attached to their devices. This can lead to addiction. According to studies, one out of eleven children between 8 and 18 are suffering from addiction to technology.

According to the WHO, the cell phones have already been classified to the category 2B risks due to the radiation emitted by them. This makes the cell phones to be a carcinogen.

Dr. Anthony Miller from the University of Toronto’s School of Public Health (in 2013) states that the exposure to radio frequency is reclassified as 2A, which refers to ‘probably carcinogen.’

Kids raised on technology are looking forward to a technological world that is not workable. In case you allow your children to overuse technology, the negative impact on their future will be significant, as it doesn’t have the power to teach them the practical life lessons and skills required for survival.

Staring at screens for long hours, causes eye problems, causing the development of computer vision syndrome. So, by putting a limit on the amount of time the children can spend on the screen you can help in preventing eye problems.