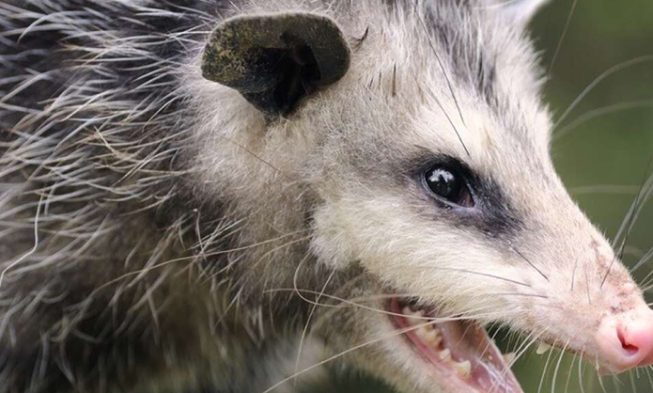 The year of 2020 has seen some pretty bad incidents, but after preying on an innocent skunk, this absolute jerk of an opossum might just take the cake.

The gift that keeps giving in this world and that keeps on entertaining us is actually the Trail cameras. If it weren’t for them, we would’ve been robbed from seeing this glorious video of an opossum dragging a skunk into a pond. What a mean little bastard.

The skunk manages to drag itself back out of the water again to find the opossum gone, re-appearing again after the comical splash. This video is a particularly unique example of the constant silent wildlife wars that are taking place all around us.

It remains absolutely unknown why the opossum wanted to drive the skunk into the water. When threatened to fend off enemies, a skunk’s defensive mechanism is to spray a strong odor. There is a slight chance that the opossum figured it was probably going to be threatened and tried to beat the skunk to the punch.

What’s even funnier is that opossums are not aggressive at all. Their natural mode of defense is to play dead when threatened. Or, from what we’re seeing in the video, driving unsuspecting animals into ponds.

Even the title in the video is hilarious, as the owner decided to write: Some possums just want to watch the world burn.

This annual competition is set up for all the best videos recorded on a trail cam:

A deer sending out plumes of water vapor as it breathes in the cold air, a bobcat hot on the tail of a squirrel and a wild turkey putting on quite a display are other successful entrants to the 2020 Trail Camera Video Contest.