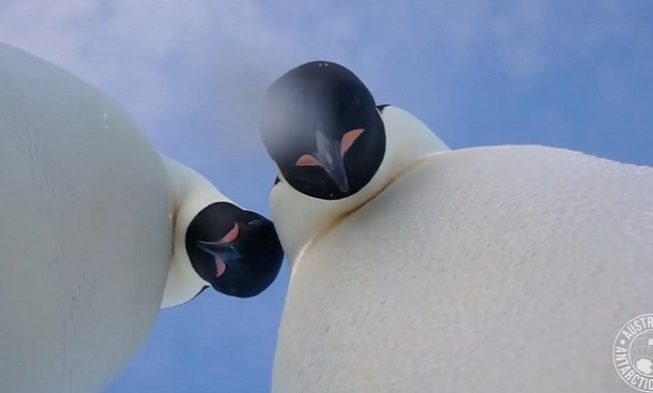 Penguins are a diverse species and are part of the bird family. There are 17 to 19 species of penguins and most of them live primarily in the Southern Hemisphere. Many people think that there are more penguin species around the world. The reason for this is that there are nicknames given to a couple of penguin species in which people confuse them as completely different species. Eight most iconic species of penguins live in Antarctica and its nearby islands. Additionally, these eight penguin species can be found in the sub-Antarctic archipelagos of South Georgia and Falklands.

Even though penguins are part of the bird family, they do not have wings, meaning that they cannot fly. However, they do have flippers which makes them expert swimmers and divers. They are also to waddle upright through snowy conditions or slide on their bellies for extra speed. Some species of penguins can reach 15 miles per hour while swimming.

Eddie Gault, an Australian expeditioner, decided to go to Antarctica and record the wildlife there. He decided to visit Auster Rookery, a famous breeding ground for Emperor penguins.

Auster Rookery is located about 4 miles northeast of Auster Islands. This site is characterized by lots of icebergs that are balancing on a shallow sea found in the area. It is located near the Mawson Station which is an Australian research station. One researcher from the station described Auster Rookery as an iceberg alleyway because some icebergs were larger than city buildings. It was almost as if he was walking through a canyon of icebergs and in the middle, rows of emperor penguins traveling in a single file.

Because Gault wanted to take photos of the Emperor penguins, their breeding ground was the perfect place. He placed the camera on the ground and left it. A group of curious penguins waddled over to the camera to see what it is.

The video shows the feet of the penguins approaching the camera until they finally knock it over. While the camera is filming the sky, you will see the face of a penguin appearing with another one joining quickly. This can only be categorized as an animal doing a human-like activity, almost as if both penguins were trying to take a selfie.

Emperor penguins are the most symbolic of its species most likely because they are the largest. They can grow to be 48 inches (122cm) tall and usually weight 49-99 pounds (22-45kg). This penguin species can only be found in Antarctica in places like the Ross Sea and Weddell regions, especially Snow Hill Island.

The penguin species feeds on fish, squid, and crustaceans and they rarely travel north to the sub-Antarctic region.

What’s unique about the emperor penguin is that they are the only ones from its species (or birds) in the Antarctic that breed during winter. This results in baby emperor penguins to be born during the summer (end of July to the middle of August). However, they aren’t able to explore the sea alone until January. An emperor penguin can live from 15 to 20 years in the wild.

Huddling during the cold winters is normal for the penguins to conserve their warmth. Temperatures during the winter can reach -58 degrees Fahrenheit (-50 Celsius) and less while the winds reach speeds up to 124 mph (200kph). The penguins are so well coordinated that they will take turns and either spend time in the warmth of the circle or go out to the colder areas to warm the others.

Compared to other penguin species, emperor penguins are the ones that can dive the deepest and stay the longest underwater. They reach 700 feet underwater and stay up to 18 minutes. Even though the species’ survival rate is high, out of all of its family, it’s the least common penguin. About 220,000 breeding pairs exist to this day.