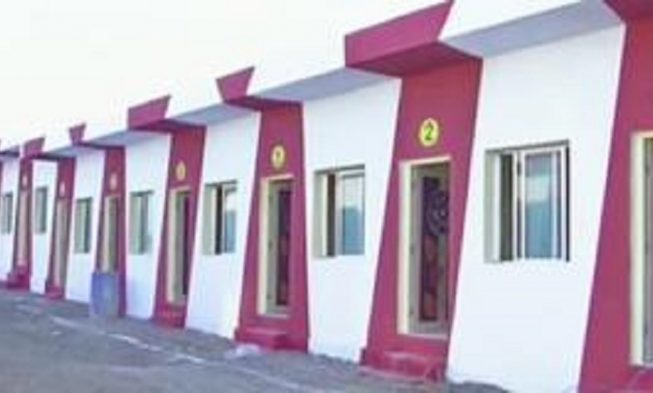 Some people save tooth and nail for the wedding of their dreams, and others seem to have that money lying around. In 2016, one successful businessman had set aside a large sum for his daughter’s wedding, but he then decided to use it for a better cause. So, Instead of spending it lavishly, he used it to build houses for homeless people. These houses came to the value of $11 million.

Manoj Munot is a family man as well as a businessman. In fact, he runs a construction company in Aurangabad’s Lasur town. Initially, he wanted to use the money he had allocated for a stunning wedding with all of the fine trimmings and fancy food spreads. Rather, he used the money to build 90 houses for homeless people. Munot is one of the people and wealthiest men in India thanks to his business savvy skills. He would have been able to afford the best of the best, including the most expensive reception venues and a feat to feed everyone, yet he chose the path of a humanitarian instead.

Munot’s daughter, Shreya Munot, and her groom were reportedly happy with his decision. She did not push to have lavishness and supported her father’s decision to come to the aid of the needy. there are 90 different families enjoying the comforts of their new home.

“Weddings are expensive and people end up spending a lot. But there is such a thing as a duty to the people,” Munot told ANI.

Prashant Bamb, a local MLA suggested the plan to use the money for this cause. Ultimately, a wedding would only last a short while, but a house can give shelter to a family for a lifetime. The number of people moving to the cities has caused an increase in the slum population which has a negative impact on the environment, not to mention the health of those living there.

According to the BBC, the wedding industry in India is second to the United States, generating about $40 billion to $50 billion each year. A wedding in this culture seems to be a way to boost your social standpoint.

Shreya, Munot’s daughter, said that her father’s gift to the people in need was the “best wedding gift,” that she could receive from her father. They worked together to choose the residents of the small community that Munot was building. To qualify for one of the houses, the people must be very poor and living in the slums. Secondly, not one of the residents are allowed to be addicted to substances.

The houses are a solid structure that is permanently there. Compromising one BHK, the houses are about 12 by 20 sq. Ft in size, and cost about 1.25 lakh to build.

The houses are equipped with a functioning door and two windows. They are powered with electricity, including lights. Finally, they are finished with a coat of paint. The best part is, that the houses are connected to a source of drinkable water.

One of the people who moved into the houses is a man named Shab Ali Shaikh. He said “I work as a domestic help in four households. Now I won’t have to worry about water and electricity here. Also, the burden of paying monthly rent has been eased.”

The stress of paying for water and electricity is often too much for many homeless people to bear, but at least they will not have to worry about that anymore.