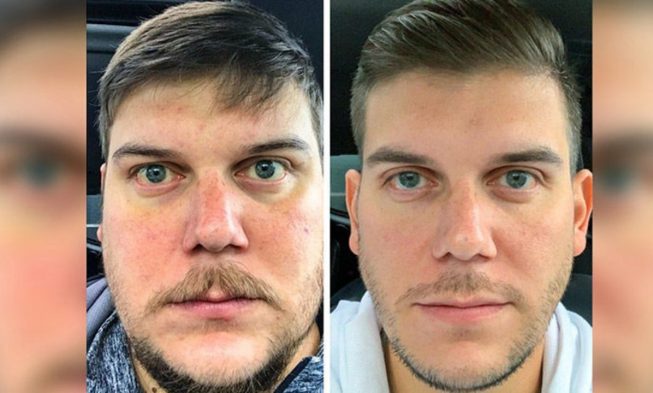 Over the years, people have been drinking alcohol due to various reasons. On average, a person drinks about 9.5 liters of alcohol a year. Besides of the health benefits, regarding certain types of alcohol, drinking too much is not a good choice. What could possibly happen if you quit drinking? It would take only a month to find out.

What Happens When You Stop Drinking Alcohol for a month

Many people have been questioning themselves if it’s better to quit drinking alcohol entirely for a month or stop drinking it slowly, step by step all year long. Even though the answer to that question is more than clear, because it is always a good idea not to make extreme changes, it is hard for people to find the balance. Giving up on drinking for 30 days can make you see all the benefits that come out of it and change your drinking habits permanently.

The new research, conducted by the University of Sussex, has shown that people who stopped drinking alcohol have gained control over their drinking, appeared to have more energy, had better skin and lost some weight. And they also reported that months later, they noticed to have been drinking less alcohol.

The Sussex psychologist, Dr. Richard de Visser, who was in charge of the research included over 800 people who were willing to take part in Dry January in 2018. The results from this research have shown that those people are still drinking less alcohol in August. Among some of the things they reported, were the following:

The lead professor in the research said that this period of trial help people drink less in the long term. Among the other benefits, like saving money, sleeping better and losing weight, those people have reported to be drinking less by August.

How Does Your Body React When You Quit Drinking Alcohol

Many people have been having drinking habits for so long, that they actually can’t see the bad effects alcohol has on the way they feel. The effects of quitting drinking for a month varies from person to person for sure, but all of them tend to follow a similar pattern.

Once you quit drinking for 30 days, you can expect to see these changes to your body and health:

For all people who have those drinking habits, their liver is in a pretty bad condition. Therefore, the recovery of the liver begins once you stop drinking. This organ is able to recover, after it has suffered from dead liver cells and scars that appeared in their place, but the process is really slow. The less a person drinks, the better and faster the recovery will be.

According to Dr, Amitava Dasgupta, who is the author of The Science of Drinking, the recovery of the liver does not come instantly after one stops drinking. The liver can become normal again if the drinking dose stays normal, which is about two drinks a day for men, and a drink a day for women. She states that once you take control over these things, the liver can focus on its other functions like breaking down other toxins which are normally produced by the body, metabolizing facts and excess hormones which require to be broken down.

2. The Risk for Cardiovascular Disease is lowered

There is a group of enzymes which is called “alcohol dehydrogenases” and is found in the liver, which is in charge of metabolizing alcohol. When people consume alcohol in greater amount, the enzyme is overwhelmed and different enzymes take over.

Doctors believe that moderate amounts of alcohol may increase the level of cholesterol in the blood.

There is a research, conducted by the University of Cambridge and University College London, which found out that drinking more than 14 units per week increased the risk of heart failure, a cardiac arrest and ischaemic stroke.

Smoking is usually very closely related to cancer, but we must note the alcohol is very close to having similar effects. There are several types of cancer that can appear as a consequence of drinking too much alcohol. For example: head, neck, esophageal, liver, breast and colorectal cancer.

You can reduce the risk of developing such types of cancer by drinking less or not drinking at all.

You can reduce the risk of developing these cancers if you drink less alcohol, or no alcohol at all.

The good news is, that drinking less amount of alcohol makes people who have extra weight really happy, since the body mass decreases dramatically. It certainly does not mean that you will face incredible results just a month after quitting drinking alcohol, but eventually you’ll notice the change on your body.

Besides of losing water detention in your body, it’s good to know that alcohol contains many calories, which will be lost once you give up on this bad habit. On the plus side, you will not have the need to eat a hangover food after a night out. And last, but not the least, instead of being hangover for a whole day, you will have a chance to be productive for a whole long day.

Positive Effects are Not Just Physical

Besides of the physical benefits, giving up on drinking alcohol leads to improved mental health, saved money, better relations with you family and friends and more active and productive weekends.

At the end, we’ll just say that quitting drinking alcohol is not easy, but it’s worth giving a try!