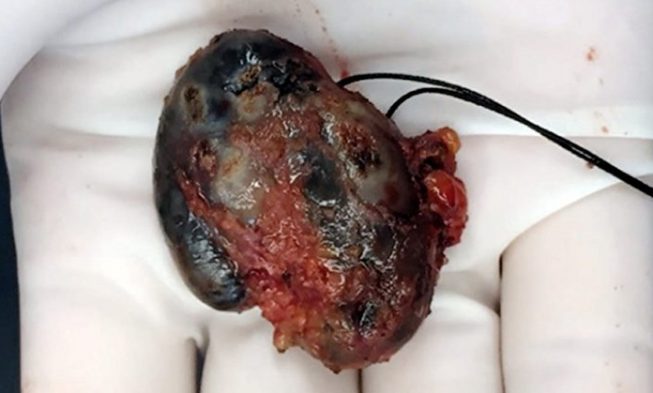 Pay Attention to Old Tattoos as They Can Cause Severe Illnesses

While in the past tattoos were seen as taboo, nowadays it’s rare to meet someone who doesn’t have a tattoo. The people’s mindset, especially in rebellious youngsters has radically shifted in recent years, and the tattoos are not seen just as fashion, but as a form of self-expression and identification.

However, many researchers found that the longer that self-expression stays on the skin, the more damage that it does to the body. Even though the people are aware of this risk, the popularity of tattoos increases, which really doesn’t make a sense of understanding the problems.

Old Tattoos Can Cause Health Problems, Even Cancer

In a case of a 30-year old woman from Australia, the reactions were shown by the appearance of the small lumps under her arms, but after the body scan doctors discovered that there were similar enlarged lymph nodes in her chest.

According to Dr. Christian Bryant from Sydney, 99% of doctors will recognize the symptoms of lymphoma. However, this woman was experiencing no other symptoms of lymphoma. Looking for the other causes of those symptoms, doctors investigated the 15-year old black ink tattoo covering her back, and a more recent tattoo on her left shoulder. They found out that her inflamed lymph nodes were caused by a reaction to the old ink in her body. It happened when her immune cells found the tattoo pigment and then they ingested it and traveled from the skin to the lymph nodes over a period of years.

Why that reaction was after 15 years was a real mystery to the doctors, too. But, they believe that the pigment is too large for these cells to eat and digest, and this is why they’re still there many years later.

What Is Inside Tattoo Ink?

For many people injecting ink into the body is just a fun, without understanding that it can be hazardous.

The tattoo ink contents more than 100 colorants and 100 additives, which have been found to contain hazardous chemicals. Many of those chemicals do not comply with international health and safety standards.

According to the Food and Drug Administration, many pigments used in tattoo inks are industrial-grade colors suitable for printers’ ink or automobile paint, which is really shocking.

Having in mind those kinds of ingredients, it’s not surprising that many people face a different kind of symptoms after getting a tattoo. However, in most of the cases, people report only a mild irritation in the form of a rash, redness or bumps around the area of the tattoo, in a short period of time after getting inked.

In some cases, people may experience an infection, followed by high fever, chills, shaking, and sweats. Some people are required to treat these infections with antibiotics, or even they’re hospitalized and/or undergo surgery. Also, there are allergic reactions that appear in the form of a rash, and because the ink is permanent these reactions may persist.

Another side effect when you get a tattoo is the appearance of scars. Around the material that your body sees as foreign you can experience small bumps, which could make your tattoo uncomfortable, something that you perhaps weren’t expected.

There are, of course, some people who experience more severe reactions, such as bacterial infections, acute allergic reactions, as well as a skin pigmentation disorders. However, the risk of cancer from tattoo procedures has been not excluded.

Even with the understanding of the risks, many people are inflexible on expressing themselves through that kind of art on their body. So, if that is the route you’re taking, you should take the measures to protect yourself in order to minimize the risk and to keep yourself safe.

Protect Yourself from the Risks of Tattoo

In order to avoid any problems if you’re planning on getting a tattoo, there are a few things to consider:

Go to a reputable tattoo artist

This part is perhaps the most important of the tattoo process. In case you want to choose someone who has a good reputation, first is good to check his/her client references, making sure that past clients were satisfied with the service. You can also, if possible, try to meet the artist and visit the studio beforehand.

The parlor should be up to your standard, and both, the artist and the parlor should comply with state and local laws. Visiting the parlor before booking your appointment will provide you with the information about the place, how clean it is, and do they take measures for disinfection.

First of all, you should know what you are putting in your body, and learn about the side-effects that you may experience. By knowing those side effects, you will be better prepared to take care of yourself in the event of an emergency.

The organizations like Pigment Research and European Society of Tattoo have spent a great amount of time learning about the art of tattooing and offered knowledge and guidance to the public. So, before investing in a tattoo, take advantage of these resources to learn as much as you can.

For all of you who already have a few old tattoos, be aware that problems can arise later. Try to be informed, which is the most important aspect when choosing to do anything that’s permanent.