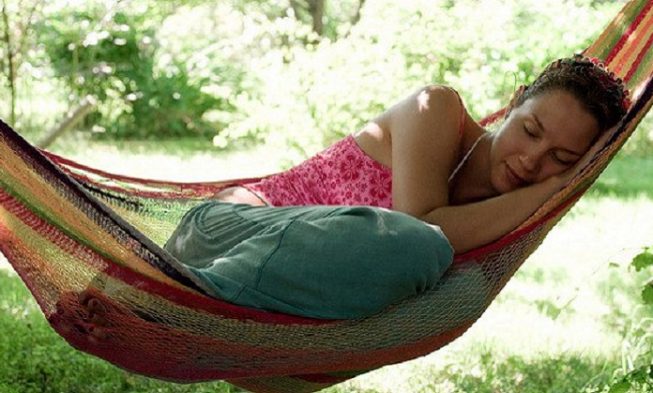 After leaving school and becoming an adult the daily routines of the people are drastically changed. For instance, naps seem like a distant part of the past for almost all adults.

However, the days now are full of routines and duties like household chores, jobs, bills, groceries, carpools, shopping, and others. People are just too busy to sleep, which doesn’t mean that they don’t dream of collapsing into bed, just for a short nap. The schedules of the people have too much to do, they are fully packed are draining and there is no time for rest.

For some people, naps are considered childish, indulgent, or lazy. Sometimes, during the busy day, people must keep grinding if they are to get any work done. Besides, some people believe that daytime naps will wreck their sleep at night and that they are counter-productive.

According to the experts of that issue, these assumptions aren’t exactly true, and they claim that naps can be productive while maintaining nighttime habits.

The energy of the people naturally decreases in the afternoon, which produces a desire for the bed. According to the National Sleep Foundation, a 20 to 30 minutes nap can restore alertness and improve performances of people who practice it. The short nap will not affect nighttime sleep, which will not be the case after an extended nap.

The Benefits of Naps

1)         During the working day, sometimes it’s better to stop and rest instead of forcing a project that is going nowhere because of exhaustion.

The study conducted by NASA found that military pilots and astronauts need a 40-minute nap, which improves their performance by 34% and their alertness by 100%. The alertness benefited by the nap can extend for hours into the day and increase productivity.

2)         Naps can prevent burnout, especially during busy or stressful periods

Naps help people to slow down and recharge for a short period. They are enhancing the overall health and well-being of the people.

A “shift work” that deviates from the standard eight hours, like night shifts, can cause fatigue and weaken workers’ performances.

3)         Naps and caffeine aided night workers to improve at their jobs.

A 2006 study at the Sleep Medicine and Research Center found that naps and the consumption of caffeine improves the productivity of workers.

“Because of the body’s propensity for sleep at night, being alert and productive on the night shift can be challenging, even if you’ve had enough daytime sleep.”

This formula is especially helpful for people who are driving for extended periods. Traffic crashes happen because of the sleepy driving, and what’s worse, they are preventable. So, for all drivers is strongly recommended to get a full night’s sleep before the drive. However, that recommendation is not always manageable. According to the experts, the best thing for a driver is to pull over, drink a caffeinated beverage and nap for 20 minutes before hitting the road again.

The Types of Naps

People don’t need to feel tired to take a nap, they can plan it. They may have used this in the past when they plan to stay up later than usual, for an event or flight, or simply to ward off sleepiness before it comes.

Even those who have no habit to take a nap afternoon sometimes may have energy dip strikes. They are feeling exhausted and they can’t continue their current activity without stopping for sleep. This type of nap is especially useful and recommended for those who are operating dangerous equipment and feel tired while driving.

Having a nap at the same time every day is habitual napping. This is usually practiced by the children, elderly persons, or even adults who like to take a nap. This nap is taken after lunch, every day.

How to Achieve the Perfect Daytime Nap

The afternoon nap shouldn’t be longer than 20–30 minutes to improve alertness. On the contrary, if the nap takes longer that follows an extended nap.

Not only time is important for a nap, but people should also take care of the sleeping environment. The room for rest should be with a comfortable temperature, limited noise, and dim light. The people who can’t fall asleep easily, only lying in bed is restful in itself

A nap too early in the day may not work since the body may not want more sleep and a nap too late in the day may disrupt a person’s night sleeping pattern. For that reason, it is important to find an appropriate time in between, and drink some water before and after the nap because being properly hydrated will improve your wakefulness as well.

Even though naps are beneficial, they aren’t for everyone for many reasons. Some people can’t afford themselves to take a nap, like those who work in an office. For some people sleeping during the day is not an option as they may not be able to fall asleep.

Negative effects of naps include:

If the nap exceeds the recommended 20-30 minutes. The symptoms are worse for those who are already sleep-deprived.

–           Napping longer than 20 – 30 minutes can also affect a person’s sleep later that night. This may be even worse for those who are already struggling with sleeping issues.

All side effects can be avoided with an alarm to stop the nap after 20 minutes. Everyone should try what works best for him/her. Those who are satisfied with a daily nap can delight it, as it is supported by science. Adjusting to a nap routine may take some time.