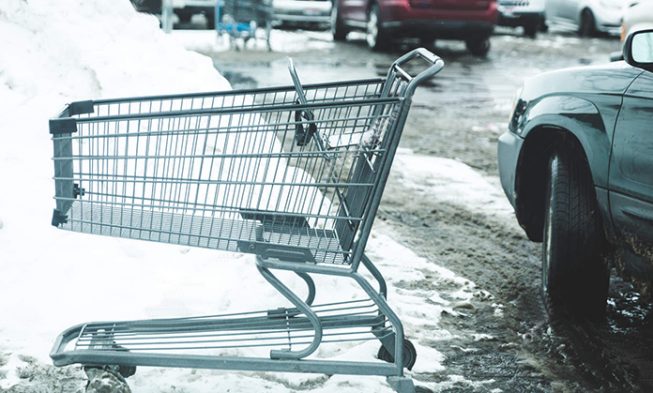 A Tweeter user, named Jared started a great debate that let people express their own thoughts on a supposedly character defining theory. The theory, known as “The Shopping Cart Theory” is about the following:

“When going to a grocery store, you have two options. You can either return back to its place the cart you used for shopping, or you can just leave it there, at the parking lot. Thus, if you decide to go with the former choice, it defines you as a considerate and kind person.

That is so, because no one told you to return the cart back, because that is simply not your obligation. Nobody will punish you in any way if you do the opposite. But the point is, that you do it out of kindness and respect towards the employees who are obliged to collect all the carts from the parking lot.

On the other hand, if you decide to go with the other option and leave the cart at the parking lot, it is a sign of laziness and selfishness. And it also means that you an inconsiderate towards the employees in that grocery store”. Therefore, each individual’s moral character can be determined by the essence of this theory.

People’s responses regarding the theory

Anyways, the majority of Tweeter users agreed with this theory. They do believe that by doing so, you help the employees minding their own business, regarding their regular obligations at the grocery store.

On the contrary, there were some people who disagreed. Those people tried to justify their own perception by saying that if they do this “returning cart” job, they will just leave the employees jobless. According to these people, grocery stores have separate employees who are required to collect the carts from the parking lot. Therefore, this collecting carts job, contributes to their working hours payment.

Thus, their theory is that if people return the carts back to their places by themselves, instead of helping the employees, they will make them unemployed. Nevertheless, there were so many comments which proved them wrong. It appears that there are no special employees whose job is just to take care of the carts.

People employed in the grocery stores are usually pre-occupied, doing their regular jobs at the store. Collecting the carts from the lots comes as an extra job to do. For one single person this job means to return one single cart back to its place.

It will probably take them just a minute or two to do it. Whereas for the employees it means having to return back many carts. That’s an activity that normally takes way more than just a minute. And for what it worth, there is no extra payment for doing this job.

Bottom line is, the majority of people agree with the theory. Thus they are defining those people who do not return their carts as lazy and selfish.

What is your personal opinion on this subject?