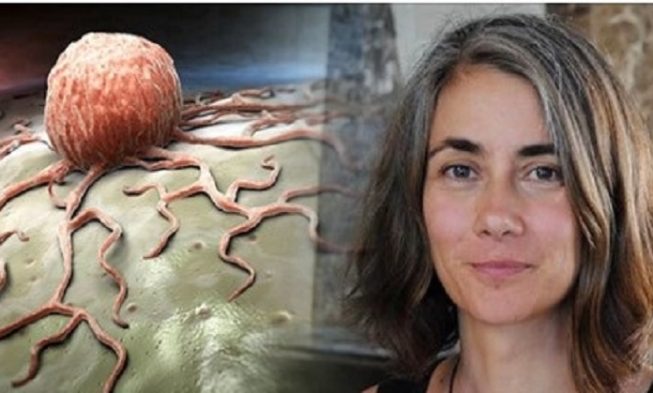 Cannabis has been used by people for recreational, ritualistic and medicinal purposes for thousands of years. In the modern era, the boldest is the assertion that cannabis can cure cancer. In the video below, Dr. Christina Sanchez, Biology Professor at the Complutense University of Madrid, explains how her research supports that assertion.

What were the results of the Study?

Sanchez was a part of several studies that were conducted to indicate the effectiveness of the THC cannabinoid in cannabis on cancer cells. These were the laboratory studies where were applied THC compounds to the brain cancer cell cultures and also they conducted several animal studies.

THC is the chemical compound in cannabis, which has psychoactive effects. The researchers in the studies discovered that after being treated with THC, cancer cells were committing suicide. Something that is different here from other cancer treatments (e.g. chemotherapy) is that this treatment is able to distinguish between healthy and unhealthy cells.

Sanchez explains: “One of the advantages of cannabinoids, or cannabinoid-based medicines, would be that they target a specifically, tumor cells.” She also added that these compounds don’t have any toxic effect on normal, non-tumoral cells, which is not the case of the standard chemotherapy that targets basically everything.

According to Sanchez the cancer-killing effect of THC is potentiated by the presence of cannabidiol (CBD). It is a very potent antioxidant, which, in addition to its cancer-killing properties, protects the brain from damage and stress. Here, the effects of both THC and CBD are synergistic and could make very powerful cancer treatment.

Sanchez emphasizes that it is not understandable why in the states cannabis is under schedule I, because it is pretty obvious from the work from many researchers that the plant has very wide therapeutic potential.

Cannabinoids and the Endocannabinoid System

The human body is able to make its own natural cannabinoids, and this is why it responds to the cannabinoids in the cannabis plant properly, establishing and maintaining human health.

The endocannabinoid system of the human body has many important biological functions, such as appetite, locomotor behavior, mood, reproduction, and many others. This system is named after the plant that led to its discovery. It is perhaps the most important physiologic system involved in establishing and maintaining human health.

The location of the receptors of the endocannabinoids

Their receptors are located in the:

Numerous researches continue to establish strong evidence of the miraculous healing capabilities of cannabinoids. The number of researchers that encourage cannabis plant cultivation rapidly increases and they continued scientific research, which should lead to more availability of various cannabis strains.

Medical marijuana and cannabis-derived medicines can be used in the treatment of diseases such as cancer, chronic pain, epilepsy, diabetes, insomnia, multiple sclerosis, depression, etc.

Cannabis may yet become one of the most useful natural remedies to some of the most concerning diseases of mankind.