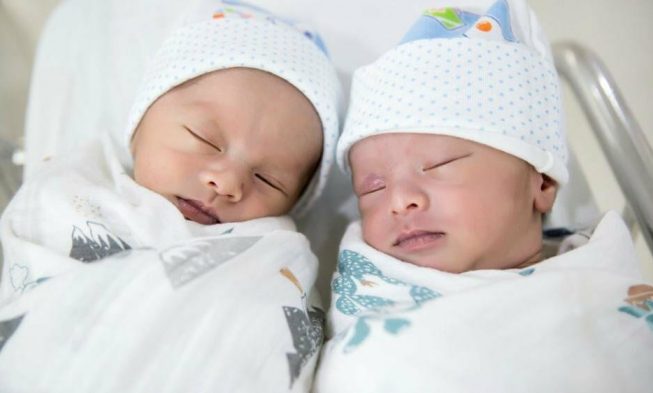 No matter how well you are hiding the lie, the truth comes out in the end. Actions always lead to some consequences and this Chinese woman learned it the hard way.

She had an affair with another man and in the end, she couldn’t hide it from her husband. The truth was found out in a very unforeseen way.

Strait Herald, a Chinese newspaper, made a report of the Chinese woman and her birth of twins. The twins, however, had two fathers with the DNA proof to show. The newspaper reported the story after the couple went to the local police station to register the twin sons in the system.

Xiaolong, her husband’s pseudonym, was in shock when he found out that the twins were not identical. One of the twin babies did not look like him at all.

DNA tests were demanded by the police and the husband’s suspicions were true. Mr. Zhang, a director at the Fujian Zhengtai Forensic Identification Centre, expressed the father’s furiousness when the results came in.

Even though the mother accused Mr. Zhang of falsifying the results, she later confessed that she had slept with another guy. The couple lives in Xiamen city.

The father refused to raise the baby that was not his, as was reported by the newspaper article.

Although this seems impossible, it can be a rare phenomenon known as ‘heteroternal superfecundation’. This can happen if a woman has sexual intercourse with two men either a day before or day after ovulation.

However, she must be pregnant before the second man impregnates her again. If the woman ovulates after she is already pregnant and has sexual intercourse, the sperm can fertilize the egg.

There have been some cases where it can happen days after the first egg is fertilized, however, they are very rare. Additionally, the two babies will be developing at different rates.

Animals such as dogs, cats, cows, and rodents are more likely to experience this phenomenon since they usually have more than one sexual partner.

A 1993 study shows that at least one in twelve dizygotic (DZ) twin maternity is followed by superfecundation. The main factors include infidelity and promiscuity. Additionally, the study claims that one in four hundred twins are born biparental in the U.S.

About 2.4% of paternity lawsuits are caused by heteroparental superfecundation, as was reported in a study made in 1992. The number, however, is thought to be much higher since most of the cases are never discovered which means many people do not need legal counseling.