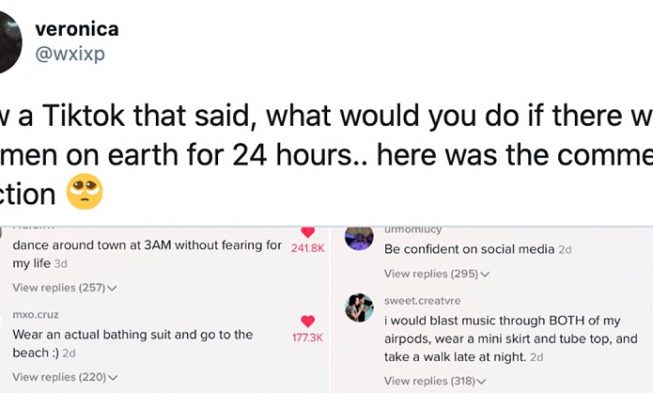 You are probably by now conscious of the issues that come with living in a society alongside men if you classify yourself as a woman. There is the undoubtedly present gender wage gap, all the sexual harassments, experiencing daily misogyny, etc.

All in all, living as a woman on this planet isn’t always easy. But now the girls on TikTok came up with an idea. They are sharing their thoughts on what they would do if for 24 hours no men existed on Earth. Could you imagine that? It would have been so quiet.

“What would you do if there were no men on earth for 24 hours?”
This is the reality many women face. We just want to be able to live without fear.#hardtruths #reality pic.twitter.com/wVv2Qv8AhD

This brings a lot of stuff into perspective when this question is posed. Not only for women, but also for men. The women and girls responding to the question gave very clear answers.

Most of them state that they would love to go for a walk by themselves one night. Something that sounds so tiny and mundane, but makes you really think about it. 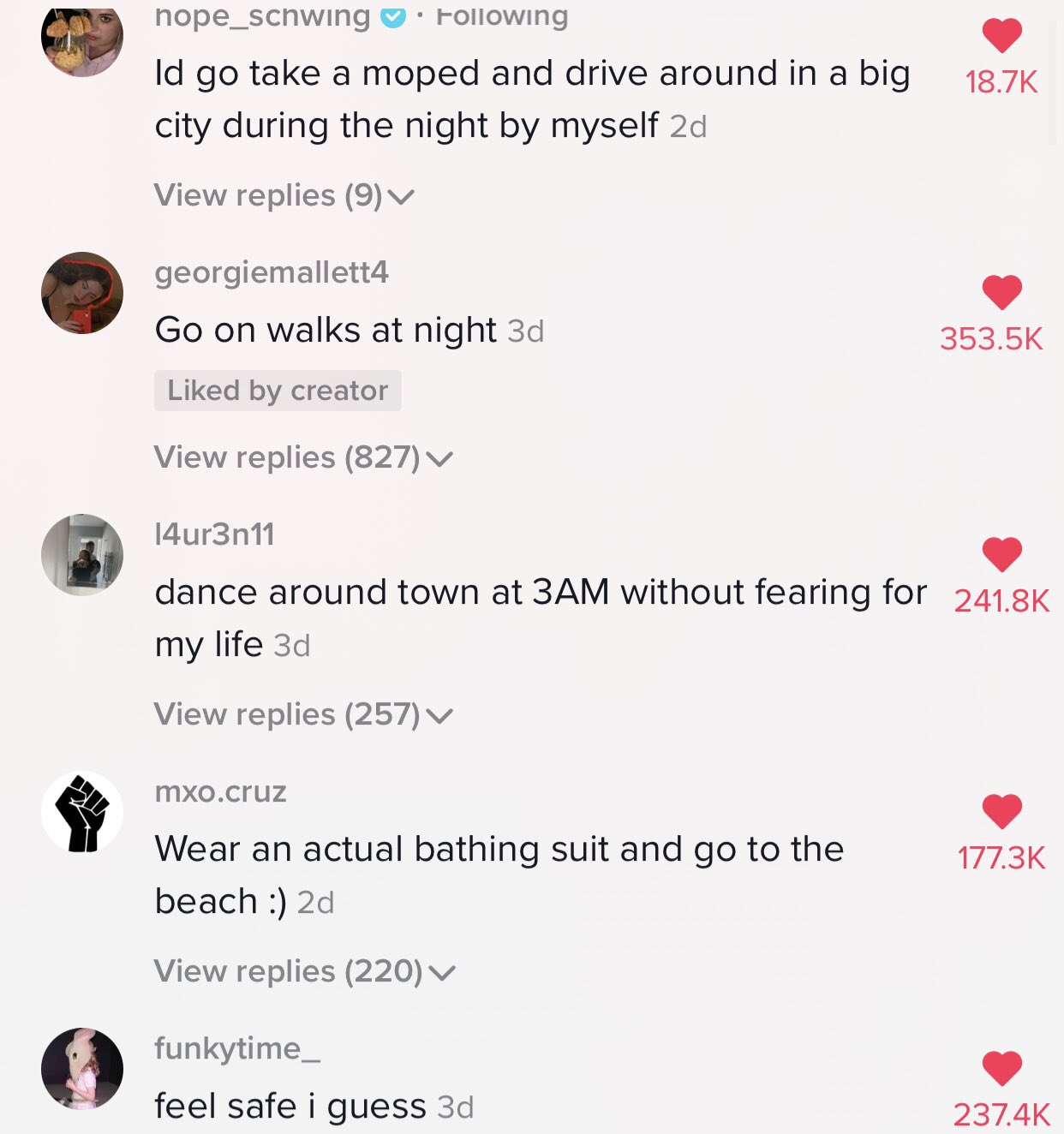 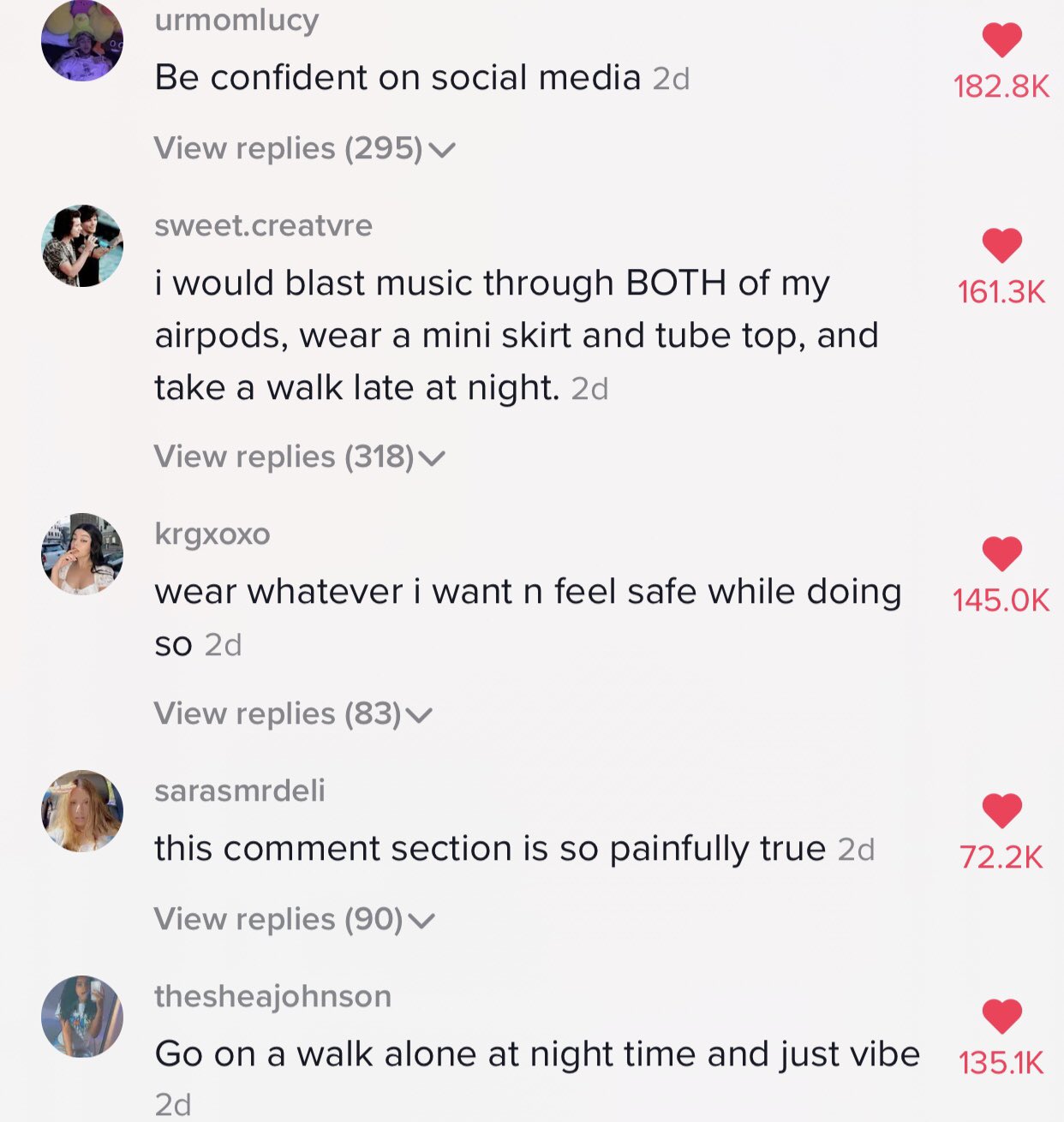 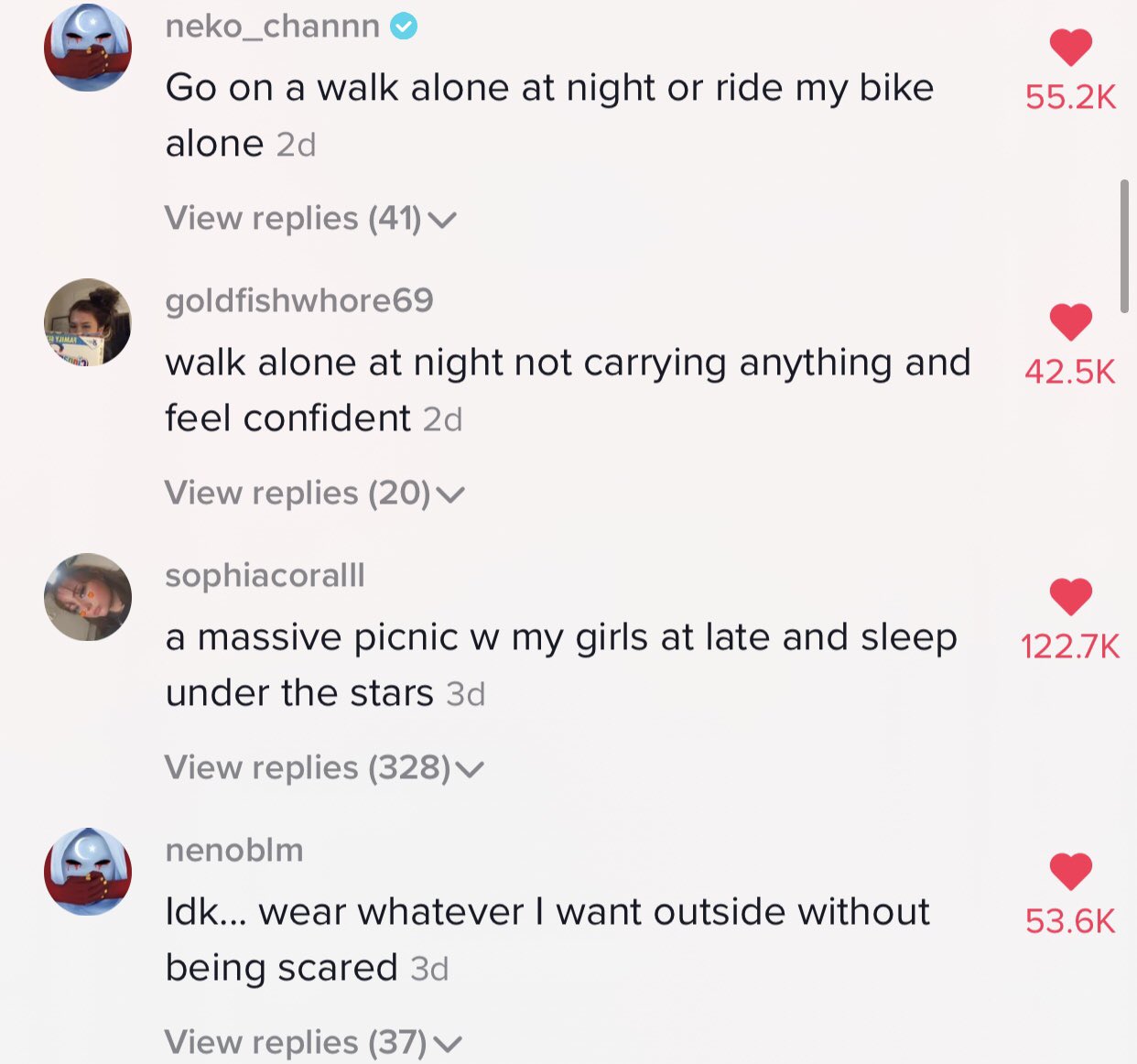 Although the answers have given rise to violent bullying by men and women who take offense at the message, the statistics speak for themselves.

The vast majority were women who said for 24 hours that they would feel better doing daily tasks without men.

From going for a walk alone at night, to stargazing and jogging with both earphones, women have revealed that if they are alone after dark, they fear for their safety.

We need to absolutely stress out the fact that while not all men are aggressive or threatening, most women have heard or been through enough horror stories in their lives to feel worried about their safety.