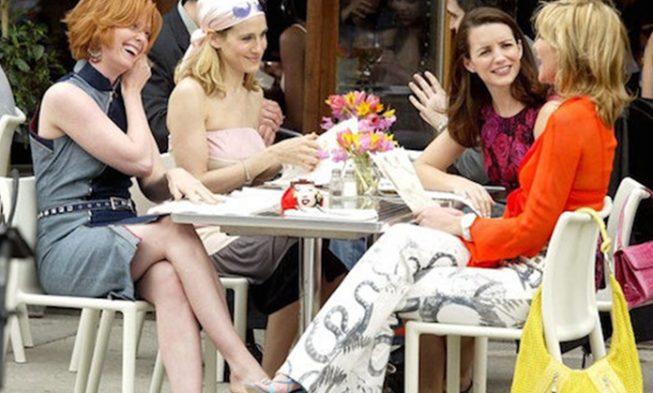 Everyone enjoys a night out with their best friend and women should do it more often. Not only will it make them feel happier, but healthier as well.

Researchers from the University of Oxford conducted this study and the research revealed the needed steps that a woman should take to achieve happiness in all parts of her life as well as bettering her heath. To achieve this, a woman needs to feel free to go out with her girlfriends twice a week at least.

Robin Dunbar is the head of this study and also a renowned psychologist. He reported that women’s health and wellbeing are enriched when they go out with four best friends twice a week where they “do things”. These “things” include gossiping, drinking beer, and talking about their rivals. By doing these activities, women drink, socialize, and laugh together.

The health benefits women gain from these meetings include a stronger immune system, faster recovery time from illness, increased generosity levels, and a decrease in anxiety levels.

Robin Dunbar told The Huffington Post that “The figure of twice a week comes from our findings that this is the amount of time that you typically spend with your closest friends/family. For both sexes (no surprise) having a large, well-integrated social network has a significant impact on both physical and emotional health. People with larger and/or more integrated networks suffer less illness, recover quicker from surgery, are less likely to die — and even their children are less likely to die.”

Women don’t go out often with their friends and the researchers showed data that only 2 out of 5 women actually go out with their girlfriends once a week. Other women go even less if they have a family to take care of.

The research also viewed the interaction quality with friends, the number of people in the group, and the time spent. On average, women reserve less than half time nurturing close relationships.

The results of the research also showed that women interact best when they are making funny comments, talking about things that make them laugh and joke. However, the size of the group is a big factor.

Even though laughter in large groups is possible when the group is bigger than 5 people situations that are funny cannot generate the needed endorphins for wellbeing and happiness. Because of that, the recommended number of people in a group is four.

Alisa Ruby Bash, PsyD, LMFT says that “Research shows that women, [possibly] more than men, need to maintain friendship connections. It increases serotonin and oxytocin, the bonding hormone.” This has been confirmed by studies at Stanford. A study at UCLA shows that when women are stressed, they don’t just experience the drive toward fight or flight but also release oxytocin. This surge of hormones can make women protect their kids if they have them, and also connect with other women.

According to Dr. Bash, maintaining the bonds becomes more important as a woman gets older. She says that “We get busier, with more responsibilities. It makes us feel nurtured and validated to hang out with friends we can be totally ourselves [with], minus the outside pressures.”

Girlfriends should also take a vacation together. There are plenty of other studies done on this subject. It is nice to know that women’s feelings and wellbeing are backed by science.

Women live stressful lives and when they leave the family at home they often feel guilty about it. In reality, women need to have time for themselves. It’s not only about going out and having a drink but getting out of the daily routine. Everyone needs time off to themselves to relax and meet close friends.

Whenever you meet with a close friend, you feel like you’re regenerating. Reminisce the last time you went out with your best friend and think about how you felt that day and the following day. It will always be a comforting feeling. When women feel comfort and happiness, they become better moms, wives, and people overall. Enriching ones live will improve their overall health. Women should definitely go out with their girlfriends as often as they can and make that their habit.

Even though the study mainly focuses on going out with friends, for many moms this is just impossible. Some of the women are single moms or their partner travels a lot for work. Not everyone can have the option of getting a babysitter. Other mothers are not ready to leave their babies for other reasons such as health problems, breastfeeding, or just simply aren’t comfortable with doing it.

Although, even if you aren’t ready to keep up with the twice-a-week dates with the girlfriends, there are other ways to get the benefits. Instead of going out, why not just invite your girlfriends to your house. This way you will watch over the baby and also get your laughter and bonding with your friends. You can also plan it after the kids go to bed so you won’t have to keep an eye on them all the time. You can drink some cocktails, play board games, or just sit around and chat.