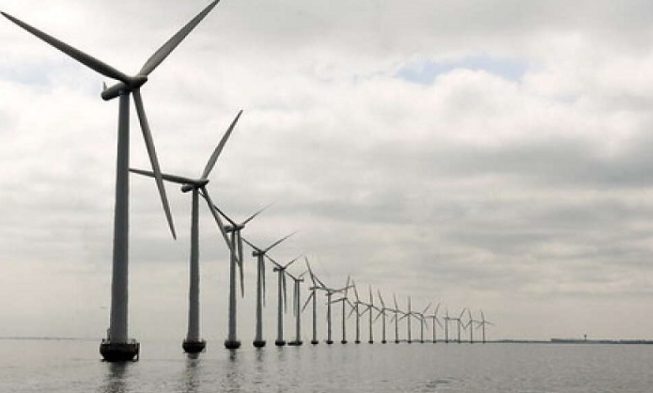 Denmark has approved a proposal to create the first North Sea energy island in the world to generate and store ample renewable energy to meet the electricity needs of three million European households.

The first energy island in the world is going to be as wide as 18 football pitches (120,000sq m), but there are expectations that it will be three times that size.

It will serve as a platform for 200 giant wind turbines in the offshore area.

The artificial island, located 80km (50 miles) out to sea, will be at least half-owned by the state but partially by the private sector.

If we take into consideration the proportion of energy it draws from the wind, Denmark leads the world in this field. A growing proportion of this has been coming from offshore in recent years, and now the Danish Government has declared its intention to go further.

The island, half-owned by the state and partly by the private sector, would not only supply electricity to their own people and country, but also to the electricity grids of neighboring countries.

While it has not yet been reported to those nations, some sources claim for the UK to be among them.

Prof. Jacob Ostergaard of the Technical University of Denmark said that it will help both the UK, Germany, as well as the Netherlands.

Florida, a tropical state 🏝, does not have 1 wind farm.

The country has committed to an ambitious 70 percent reduction in greenhouse gas emissions by 2030. This was signed as part of Denmark’s Climate Act and to become CO2 neutral by 2050. It was announced last December that all new oil and gas exploration in the North Sea will stop.

The European Union announced plans last November to raise offshore wind capacity by 25 times by 2050. They are intending to make this a five-fold increase by the year 2030. Renewable energy accounts for about one-third of the existing power needs of the block.