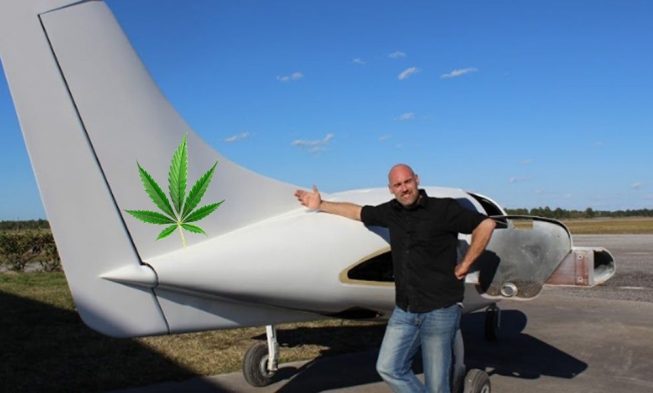 Hempearth is a Canadian cannabis corporation. This company has been around for a while and as of recently has managed to develop the world’s first hemp-made and powered aircraft. Believe it or not, it is 10 times stronger than steel.

Hemp is the non-psychoactive component of the cannabis family and it’s proven to be quite useful for as many new creations as people can think. What’s more, everything in the plane is made of hemp, including the chairs, the plane walls, the wings, and even the pillows. It has a wingspan of 36 feet and the plane is capable of carrying one pilot and four passengers. Another amazing thing is that this particular innovative plane runs 100 percent on hemp oil!

Kesek is the CEO of Hempearth. He also has an online store that sells hemp items. Some of the items you can find in the store include food, guitars, and clothes. He’s also in talks with sponsor companies and is also running a Kickstarter campaign to finance the $500,000 price tag needed to create the aircraft.

Getting High Has a New Meaning Now With Hemp Made and Powered Plane https://t.co/7qXbgTUE87 #hempnews pic.twitter.com/5Gn8o6RmWL

In Montreal, Hempearth is also designing hemp composites that could replace all fiberglass in aviation and other sectors, such as building.

Kesek believes that the hemp materials in the aircraft would leave significantly less of an environmental impact than fiberglass. For those of you who weren’t aware of the fact, fiberglass is usually – or rather – mostly the material used to make planes.

Since the material that gets made out of hemp does not rust, corrode, or warp, you can easily see that its resilience will render it almost as indestructible as kryptonite. However, this would also point to the fact that it does degrade easily and processing can produce potentially dangerous air pollution and hazardous waste.