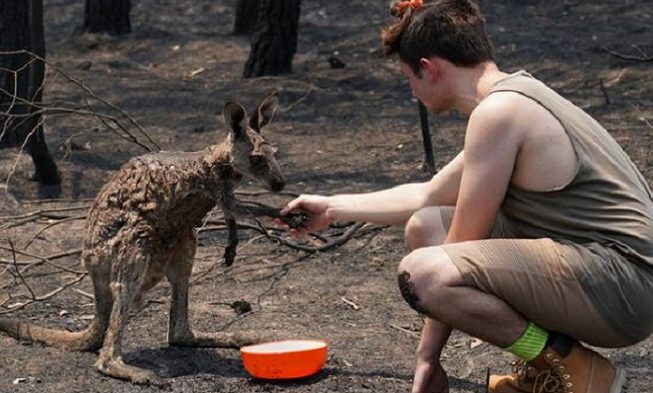 In recent months, Australia has been facing a number of devastating wildfires that are destroying its wildlife and infrastructure. People from these regions share many heartwarming photographs every day that evoke the disastrous results they are experiencing.

Many of the animals that can be seen in the photos below were fortunate to be rescued from the catastrophe and were forced to seek help from residents from nearby areas.

In one photo, taken in New South Wales, you can see a terribly burnt kangaroo asking for help from a teenager. The boy poured water on Kangaroo and offered him a bowl to drink from. 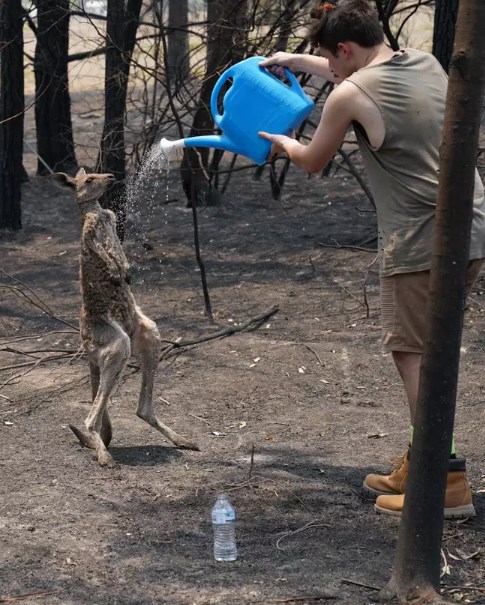 Unlike many other animals that failed to save themselves, this little kangaroo was lucky to run into a hearty teenager.

According to the ecologists from the University of Sydney claimed earlier this week, there have been killed about a half billion of mammals, birds, and reptiles as a result of the fires since September last year.

The executive director of Science for Wildlife at the University of Sydney, Dr. Kellie Leigh, stated:

“We’re getting a lot of lessons out of this and it’s just showing how unprepared we are. There’s no procedures or protocols in place – even wildlife carers don’t have protocols for when they can go in after the fire.”

Many different species of indigenous faunae are known to live in Australia, including kangaroos, koalas, possums, wallabies, wombats, and echidna. Unfortunately, all of these species are immensely affected by fires, but according to estimates, koalas are the most severe. It is estimated that about 30 percent of just one colony of koalas is lost on the northeast coast of the country. 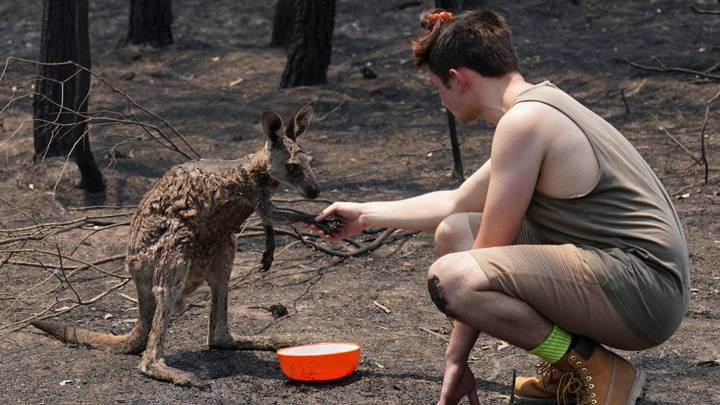 In his statement, Mike Letnic, Professor of Conservation Biology at the University of Sydney, noted that due to the current dry climate, the intensity of these fires was increased, and this also caused the loss of animals, forests, and infrastructure. He adds that animals that have a survival instinct, if not removed from these areas in time, are most often burned. The hope of extending each of these species is in those who find shelter or escape from endangered territories, which will depend on how many have escaped.

According to the Australian authorities, two people were killed on Saturday after a fire took over their vehicle, which means that a total of 23 human lives were lost. 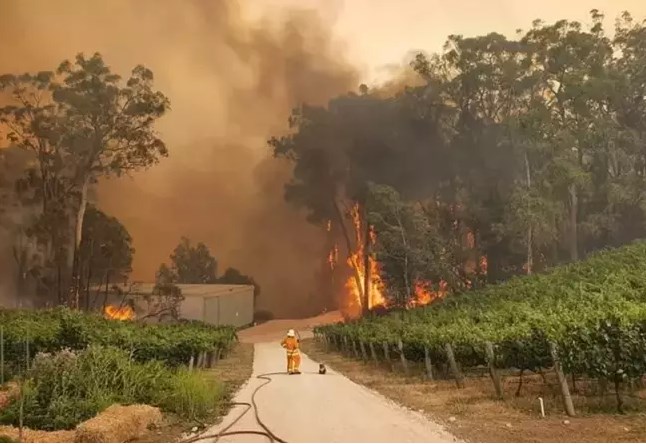 There is also an announcement that another six people are missing in New South Wales and Victoria. Across Australia, hundreds of thousands of people have been evacuated and more than 15000 homes have already been demolished.

“I’ve got to be honest with you, this isn’t a bushfire, it’s an atomic bomb. It’s indescribable the hell it’s caused and the devastation it’s caused.”