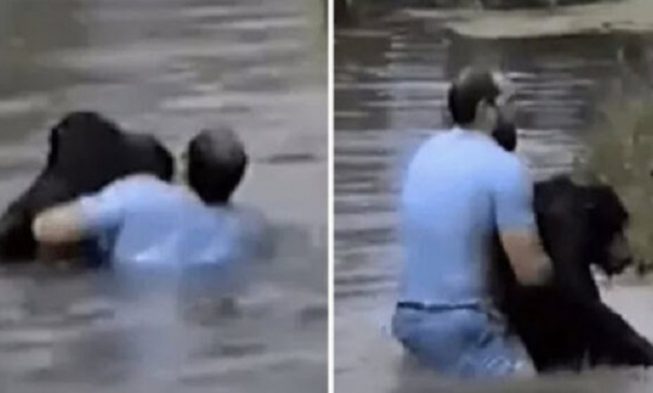 The connection between humans and animals is natural, which is a reason why many people enjoy caring for animals. However, when it comes to the risk of their lives to save a furry friend, few would do it. This inspires us to share the story in which you can meet a man who deserves the term “animal lover” to a whole new level.

To have a fun day of entertainment and excitement, Rick Swope brought his family (wife and three children) to the newly opened chimpanzee exhibit in Detroit, Michigan. They got the opportunity to see Chimps of Harambe exhibit expecting to watch playful chimp games. Exploring the new displays, the family got more excitement than they expected. 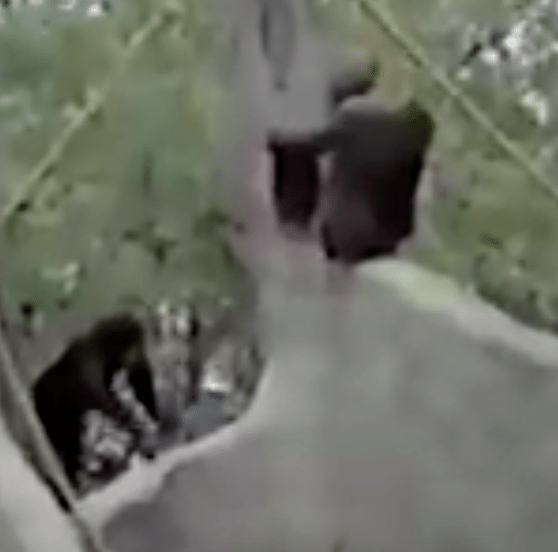 Looking around they saw two chimps caught in a skirmish on the grass near the water. The smaller one, Jo-Jo, within moments decided to make a break toward the trees, while the larger one and more aggressive chimp followed him.

Trying to escape, Jo-Jo fell feet-first into the water-filled moat inside the exhibit. Being completely in the water he desperately needed help, because chimps can’t swim. The only way to be saved was to the hope that someone will come and rescue him. 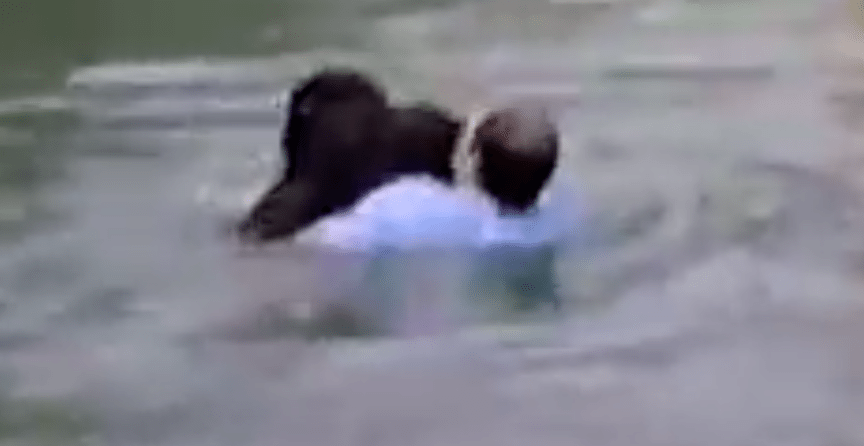 When Jo-Jo slipped under the water again, everyone was aware that something had to be done. Because the staff of the zoo was frozen in place, Rick decided to take action and immediately headed toward the border of the exhibit. He was warned by the staff not to enter because apes can be extremely aggressive. Rick ignored these warnings and the apparent danger and jumped into the moat to save Jo-Jo, without hesitation.

He swam up to the chimp and grabbed him and propel him forward through the water. Jo-Jo hung limp in Rick’s arms, as he was terrified to be trapped in the water.

When both of them reached the edge of the water, Rick pushed Jo-Jo on the grassy bank, helping him to get a strong position there. 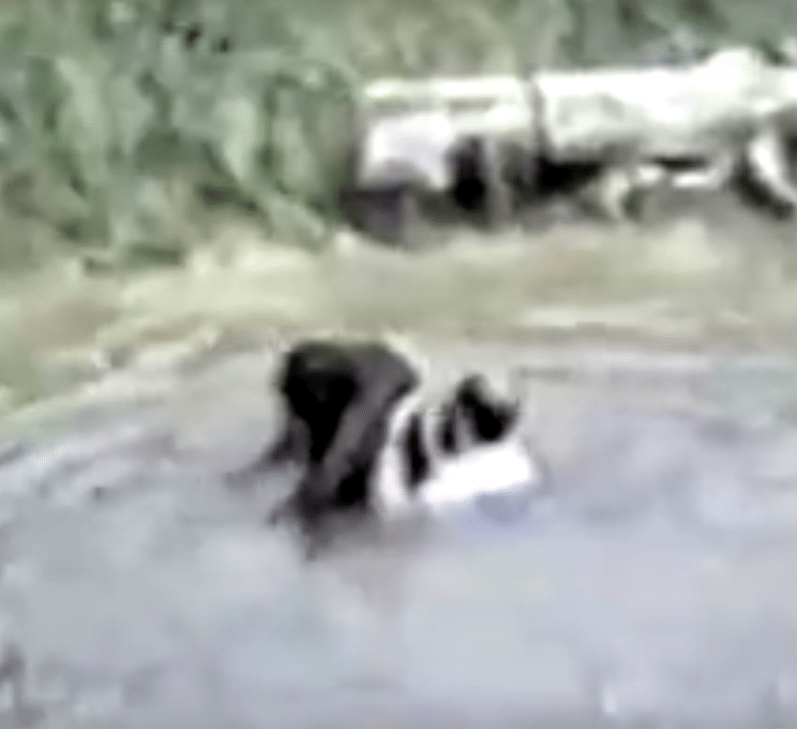 When Jo-Jo was safe at last Rick later explained on Animal Planet:

“When I finally got him up the bank and I could hold him up there, he wasn’t moving. He was lifeless, but he was looking at me when I got him turned around, so I knew he was alive.”

Later Rick realized that he had his own safety to worry about. Analyzing the event the chimp experts explained that even they are reluctant to cross into a chimp’s territory. They say that Rick was right in the middle of the danger zone.

The larger chimp was already making his way toward Rick, who was swimming as fast as he could back to the border and climbed out of the exhibit.

Rick was a hero for his brave rescue of the helpless chimp. He couldn’t explain that feeling, but he had felt called to action as he had watched Jo-Jo’s situation unfold.

To the Desert News he added:

“Everyone in the whole place was just standing around and watching this monkey drown. When he went down the second time I knew I had to do something.”

Rick’s courageous exploits prove that this man is a true hero. He didn’t even think twice about risking his own life for that of the chimp. By doing this, his bravery and love of animals were revealed to everyone.

It is really amazing to see that someone would risk that much to help an animal in need.

Watch the Video of the rescuing: